This is our second live video presentation about how to respond to the wave of repression sweeping the United States, with outrageous charges being brought against arrestees from Standing Rock, Trump’s inauguration, and more. This panel includes a defendant from the conspiracy case that followed the protests against the 2008 Republican National Convention and legal support workers responding to the repression of Standing Rock and J20 defendants. They discuss how to survive a politically motivated court case, how to organize a collective strategy against outrageous charges, how to engage with the criminal legal system as radicals, and other important questions facing current and future defendants. View the video here on this page or via facebook.com/CrimethIncDotCom.

Over 200 defendants arrested during Trump’s inauguration are now facing more than 70 years in prison apiece. In the months since their arrests, the prosecution has continued piling blanket felony charges on the defendants. This is punitive charging: the intention is clearly to terrorize the defendants into taking plea deals so that these inflated charges never come to trial.

This is not the first time that conspiracy charges have been used to harass and intimidate dissidents. In 2008, for example, the RNC Welcoming Committee helped to organize massive demonstrations during the Republican National Convention in St. Paul, Minnesota. In retaliation, police raided several homes and arrested eight organizers, charging them with “Conspiracy to Riot in Furtherance of Terrorism.” After two years of widely publicized struggle, all charges were dropped against three of the defendants, while the others plead to misdemeanors.

If you would like to pose a question or suggest a topic for discussion, email rollingthunder@crimethinc.com.

Garrett Fitzgerald is an anarchist who got deep into anti-repression work fighting his own case in 2008 as one of the RNC 8 defendants. Since then, he has been on several support crews for people facing repression, alternating this with prisoner support work. Recently, he has been doing mass defense and arrestee support work around the NoDAPL struggle.

Tova is an anarchist who has done prisoner support, non-attorney legal work, and anti-repression organizing since 2008. They recently finished a grand jury resistance tour with comrades from the Freshet Collective, a Legal Collective that provides support to arrestees from Standing Rock. They currently are working on J20 support.

Jude Ortiz has been involved in anarchist legal support organizing and prisoner support since he joined a legal collective in Minneapolis prior to the 2008 RNC. He helped form the Tilted Scales Collective after an Anarchist Black Cross conference in 2012. In 2016, he took on the position of chair of the Mass Defense Committee with the National Lawyers Guild.

As described in the panel discussion, Red Fawn Fallis and Michael “Little Feather” Giron are two Indigenous Water Protectors facing federal charges. Both are still being held in custody as they await trial. You can write them at:

Krow is being held in Wisconsin on a probation violation following her work as an ally on the frontlines at Standing Rock. She can receive letters at: 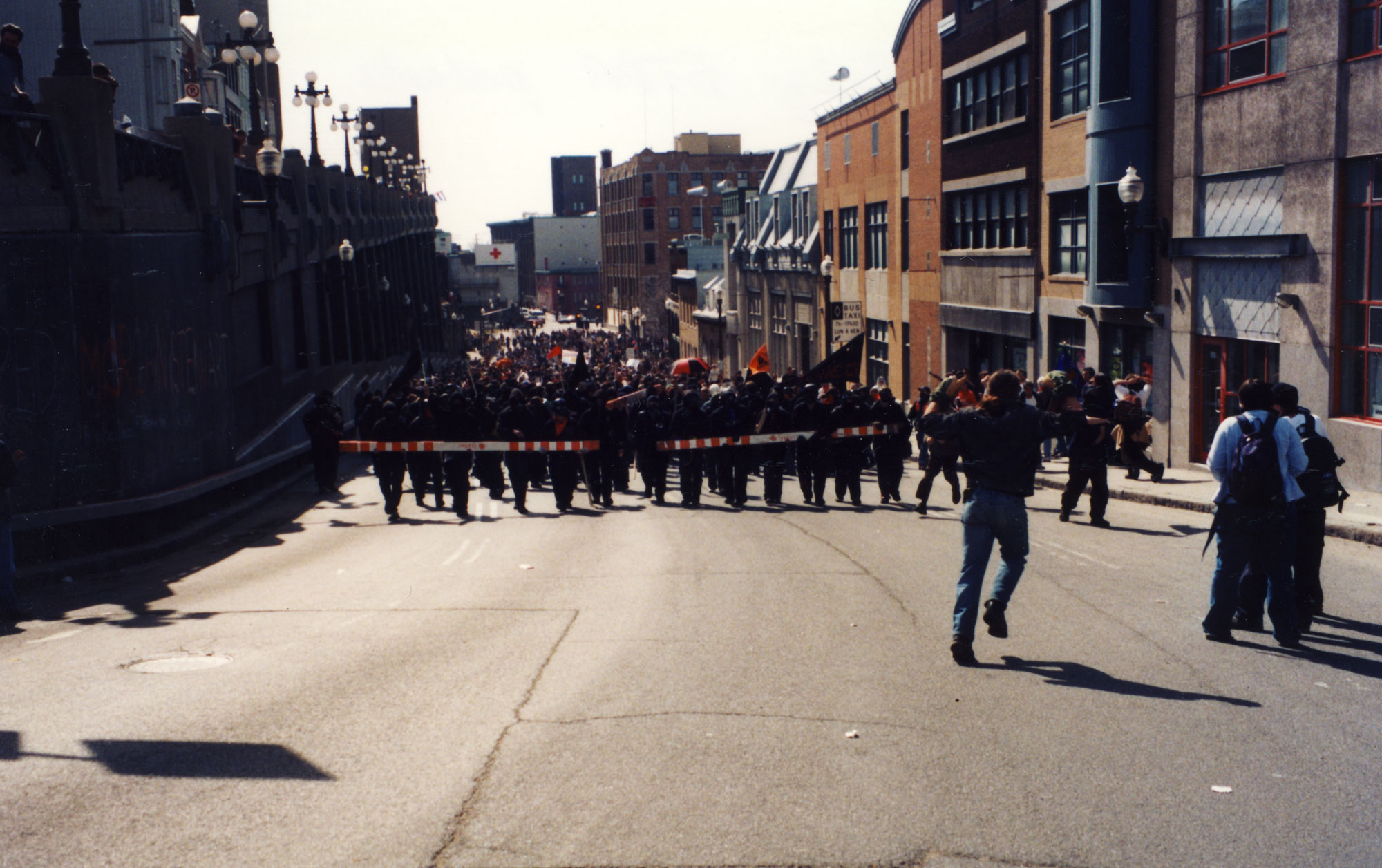